The church of San Domenico, in the province of Trapani, houses a work belonging to the style of Sicilian Mannerism, and it is the first step towards the Baroque of which the Sicilians are always so proud

The Sistine Chapel is one of the most famous examples of Italian art, created by Michelangelo and still surrounded by some mystery. It is set like a gem inside the smallest state in the world, the Vatican City, and shows its treasures to millions of tourists every day, except in that short period of time during which its doors are sealed to allow the election of the new Pope. Symbol of papal power since its creation, between 1471 and 1485, by the will of Sixtus IV (from which it takes its name), it is probably one of the buildings of which more has been written and on which more has been studied. Some might say that “such buildings can only be found in Rome”, and they would be wrong. Even Sicily can proudly say to have its own “Sistine Chapel”. Where? In Castelvetrano, in the province of Trapani.

CASTELVETRANO. Kissed by the Tyrrhenian Sea, Castelvetrano was founded in the Middle Ages, when it was a small village with a feudal administration. In 1299 it was assigned to the Tagliavia family, first as a barony, then as a county and later as a principality. A walk through its historic center, between alleys and courtyards, graceful palaces and picturesque corners, is a journey back in time into the heart of what was once the Islamic city structure, and in the presence of the elegant homes of the enlightened nobility that made Castelvetrano one of the most opulent towns in whole Sicily. The highest example of its characteristic search for beauty is undoubtedly the Church of San Domenico, built in 1470 by Giovan Vincenzo Tagliavia, lord of Castelvetrano. 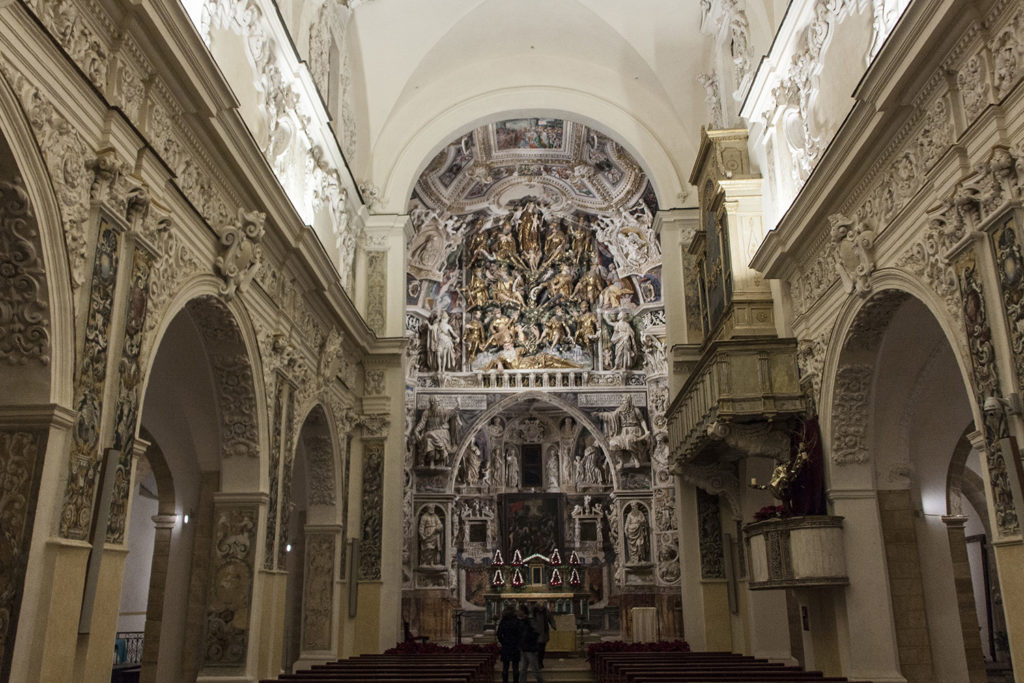 THE GOVERNOR OF MILAN. Initially, the Church was entrusted to the Franciscan friars and dedicated to Saint Mary of Jesus. In 1487, after the permission of Pope Innocent VIII, Nino III Tagliavia could build there a large convent for the Dominican friars. The remains of the fifteenth century Church, now officiated by the Order of Preachers’ founder’s followers, met the eclectic taste of one of the most famous and powerful men of Sicily, Italy and the entire Kingdom of Spain in the second half of the 16th century, Carlo Aragona Tagliavia. The notoriety of this prince from Castelvetrano was so wide spread that in his novel The Betrothed Manzoni made Charles Aragon, governor of the State of Milan, emanate the edict against the two «bravi» (thugs) of the plot.

THE JESSE TREE. Prince Charles Aragon Tagliavia wanted to make the church of Castelvetrano his personal mausoleum, so he called one of the most famous stuccatories of Sicily, Antonino Ferraro da Giuliano, who had already worked in other sacred buildings. The result was surprising: between 1577 and 1580 he gave vent to all his creativity in conceiving what is still known as the “Sicilian Sistine Chapel”: a work belonging to the style of Sicilian Mannerism, and that was the first step towards the Baroque of which the Sicilians are always so proud. Among the details that most attract visitors’ attention there is certainly the decoration that surmounting the arch through which you can access to the choir chapel. It is a masterpiece of stuccos depicting “the tree of Jesse”, forefather of the great biblical dynasty of King David, his son and finally Jesus Christ. Over the years, some other artists took on the task of enriching the church, making it a small great jewel of Sicilian art. 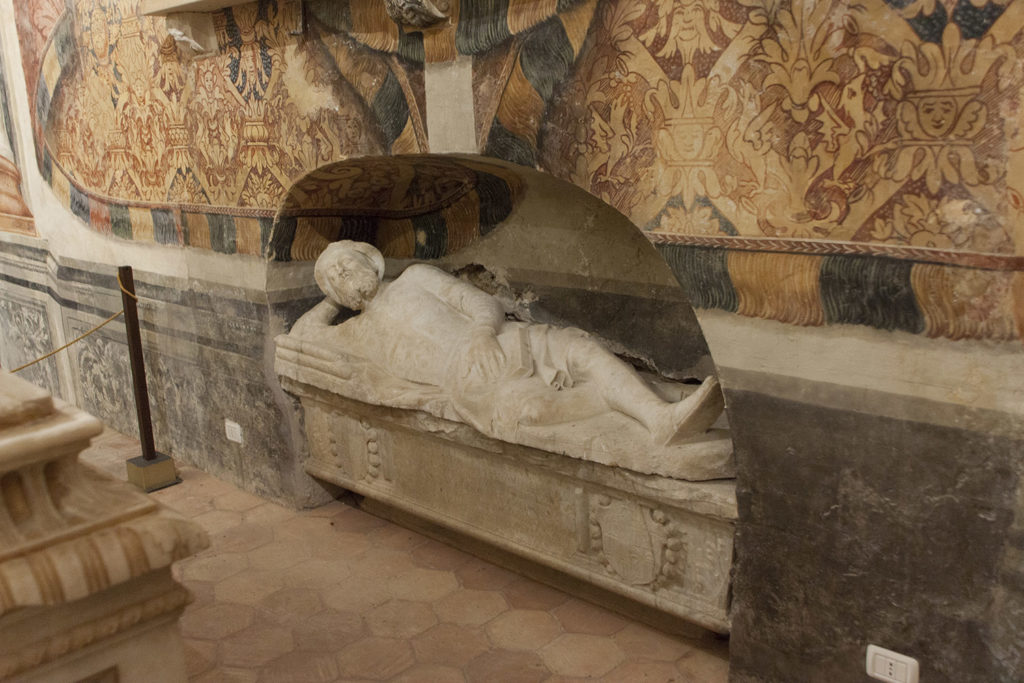 THE EARTHQUAKE OF 1968. History is sometimes cruel with the most beautiful and most fascinating buildings. In fact, after four centuries of magnificence, the church was seriously damaged during the earthquake that destroyed the Belice valley in 1968. As it often happens in Sicily, it was not easy to give back to the town its imposing manneristic buildings. After 46 years, thanks to the intervention of the architect Gaspare Bianco and the Superintendence of Cultural Heritage of Trapani, stuccos and marbles of the decorative apparatus of the presbytery were  restored, and the masterpieces were freed from the scaffolding. An episode that certainly questions the value that culture has for the Sicilians. Are these people really willing to wait so long before taking care of restorations, while paying money to go visiting works of art in other regions?

From Ursino Castle to Piazza Università: Catania and the tale of the paladin Uzeta

The tragic story of
Maria di Sicilia,
a queen without a crown

The history of the precious Bonajuto Chapel in Catania

Brexodus: waking up from a dream of London

All the secrets of the Sicilian “granita”

Young people and reading: a couple to be remade

Sicilian “tuppu” and its three meanings