The Sicilian artist Giulio Macaione has just presented his latest work Stella di mare at Lucca Comics 2018. Forced to move away from his home, his new comic book is a colorful homage to a land he keeps on drawing inspiration from.

“I tell stories about Sicily to pay tribute to my land. I left Sicily for a number of reasons, but my family still lives there, as my closest friends do. I have lived almost half of my life outside but I try to come back whenever possible. I still consider myself Sicilian, to me Sicily is home”. A place where you can always return, this is Sicily for Sicilians: a sad and sometimes reserved land that at the same time fascinates with its colors and scents. Giulio Macaione, born in Catania in 1983, has anyway lived most of his life in the golden Palermo. He is a professional cartoonist and recently published his new book Stella di mare (BAO Publishing), an original tale of a mermaid and a fisherman. Together with Sicilian Summer, the other main character is the village of Cefalù, one of the most beautiful destinations of the island: “Cefalù feels like home to me, it is the place where I spent almost every Summer of my life. It is a village to which I am very attached”. For some time, the author tried to write a story about this enchanting creature, even if, as he said, the right inspiration did not come: “This idea lingered for a while. I wanted to avoid the cliché of a fisherman saving a siren and falling in love with her”. It was far from his land, in America, that the inspiration finally came to him: “I was in the United States, where I lived for about a year and a half. I was on a trip from Cincinnati to New York and for the first time I was listening a disc of Di Martino, a songwriter from Palermo. There was a song called Una storia del mare (A sea tale), which was about a boy probably from Favignana, who waited all year long for a girl from Rome to come back to him. That was the stimulus that led me to build this story of mermaids and fishermen”.

A ROMANTIC IMMOBILITY. What immediately strikes are the colors chosen for the book: various shades of blue and yellow colliding in a play of light and shadow that highlights the romantic and melancholy soul of the volume. The author said: “I chose to use very warm yellow and blue tones because I wanted to represent the light at sunset near the sea. Looking at the sand at dusk I noticed that the shadows became very cold, while the lightened part was very hot, and it was with these two colors that I wanted to represent the moment. Moreover, this is quite a nostalgic moment of the day, in tune with the atmosphere I wanted to evoke in my story. It was a spontaneous choice”. Even if time seems to dilate, Stefano, the protagonist, is a modern-day guy. Stuck by a stillness, he just has to wait for something: «Stefano is a character that I do not find very close to me, as I am dynamic person who never stops. Anyhow, I have met several people whose life was on standby and many of my friends have found themselves spending part of their life deciding what to do. And it happens in Sicily above all – Macaione admitted –, probably because we are a bit isolated from the rest of Europe, or even because of the form mentis we have always had been”. For the cartoonist from Palermo, waiting has indeed a very different connotation: “The act of creating comics is a synonymous of waiting. When you decide to tell a story you start working on it, but that job will last for months, if not years. Actually, you will tell it only when the book is printed, and someone will read it. The period in which you work is a waiting period, where you hold your horses to tell your story”. 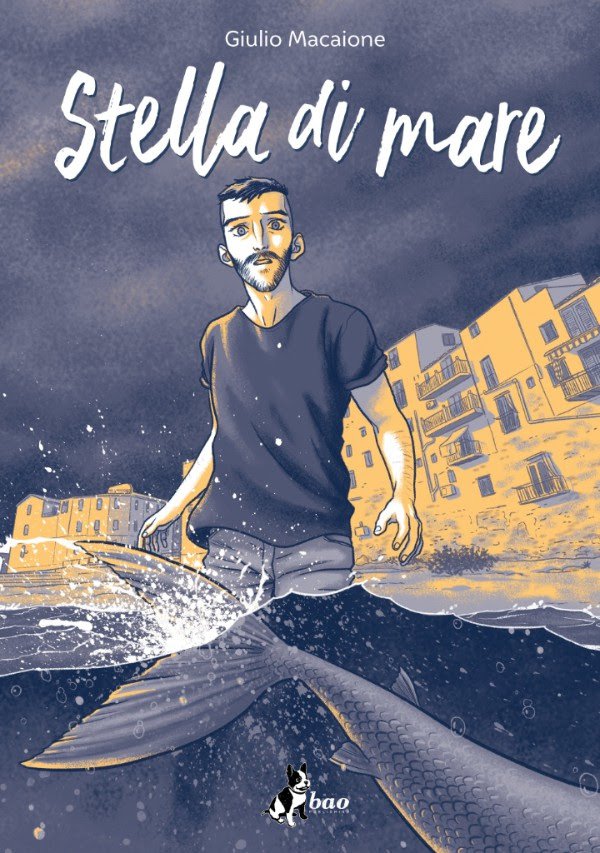 CREATIVITY AND HONESTY. Macaione recently published his first volume for America Alice, From dream to dream, which has its own style, setting and plot, demonstrating the artist’s great versatility. He told young people who want to get closer to the art of comics: “You need to have clear ideas about what you want to do and with whom. A mistake that young artists often make is to propose themselves to the wrong publishers. If someone publishes a certain genre of stories, you cannot propose something too far from that. Moreover, I recommend being stubborn: working with comics is easy today, because there are many publishers and you can even opt for a self-publishing; nevertheless, being able to earn a living is more difficult, as it takes a lot of sacrifice and modesty. Stay honest both with readers and with yourself”.

Let’s discover the “vastedda”, both a type of bread and a typical Sicilian cheese

“Isola”,
the hub
where old
and new meet

In search of Sicily’s haunted castles

Chris Obehi and the magic of music: “Rosa Balistreri reminds me of home”