Snail farming for food supply is an example of innovating an historical tradition. Two brothers, Michelangelo and Giuseppe Sansone, assisted by the marketing manager Davide Merlino, had the idea of relaunching snails and created a new method to obtain the delicious snail caviar within months.

What if you chose to farm snails instead of cows, pigs or sheep? An outlandish idea which two brothers, Michelangelo and Giuseppe Sansone, assisted by their friend Davide Merlino, turned into a real business on Madonie mountains. Snail farming, a marriage between tradition and innovation, «has become a new excellence in a few years, which enriches the Sicilian culinary heritage with a national echo» said Davide Merlino, marketing and communication manager of Lumaca Madonita (Madonie snail), company since 2014.

«Who proposed the idea ‒ told Merlino ‒ was my associate Michelangelo Sansone who worked on his father’s farm and during a training course discovered an alternative farming: snails». Back in 2013, the idea of snails farming received recognition by Coldiretti, but five years ago the traditional snail farming was underdeveloped in Sicily. «I don’t think ‒ said Merlino ‒ there were farming like this in the territory. Instead, the enterprise was very popular in Northern Italy, although it was based on an outdated system which was impossible to manage». So, these three future businessmen, without a wide knowledge of this field, fumbled and the first year was a failure. Therefore, they understood that they need to learn from already established companies and began travelling to Greece, France and Spain, where snail farming is already successful.

THE MADONIE METHOD. «Our farming has a peculiarity which is the reason of its excellence: food method. Indeed, our purpose was to shorten production times without compromising the quality of the product», said Merlino. The results were surprising because a Madonie snail needs only eight months to grow, while foreign ones need three years, before it can be used in the kitchen. How? «We enriched their nutrition ‒ continued Davide Merlino ‒ by combining organic vegetables with a feed made with cereals, proteins, calcium and vitamins, which represents a variable amount (between 20% and 30%) of the whole diet. The idea of feed for snails comes from abroad, where weather conditions hinder vegetable cultivation making finding an alternative a necessity».

A PRECIOUS SNAIL. The snail from Madonie is not just your regular snail. Davide explained why: «We bought our first snails in France, but for economic issues we bred them with those from Madonie. That is how our snail was born: smaller, younger and with better esthetic and organoleptic qualities». There is also another product which makes this Sicilian company well-known: Madonie pearls. «We were the first to produce snail caviar in Italy and for which we were awarded a prize by Coldiretti in 2013». 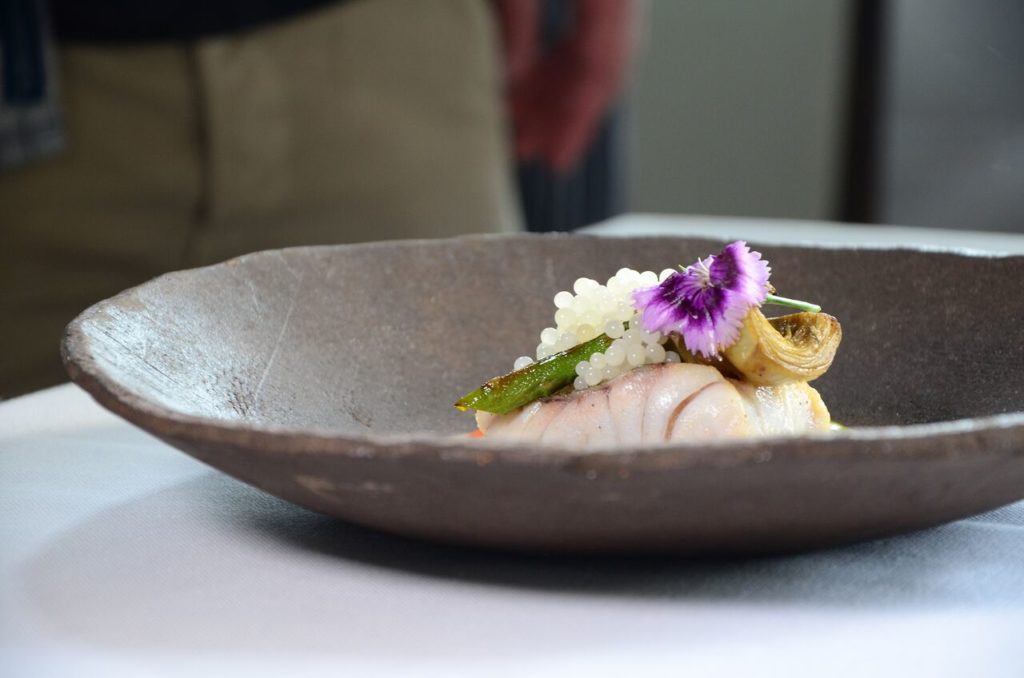 A CONSTANTLY GROWING ACTIVITY. In 2011 Michelangelo, Davide and Giuseppe realized that their company became a tourist destination for those who would like to invest in snail farming. «We decided to start training aspiring farmers and to sell materials required to get started. We established a fruitful collaboration with newcomers because we give them the necessary tools and in return we buy all their product. Although our farm is the biggest in Italy, in the last few years we have realized that we can’t fully meet the demand», concluded Davide Merlino. Every year, thanks to their efforts 50 new snail farms are born, therefore developing the territory without causing harm to the environment.

The history of the “schitìcchiu”, the street-food made in Sicily

Why is cinema in love with Sicily? The opinion of Giuseppe Tornatore

The Sicilian style Day of the Dead, where present meets past

“Cucùzza”: the Sicilian squash of many proverbs

by Eva Luna Mascolino
One reply on “Sicilian slow food: the success of Madonie snails”