Arab sorbet and Sicilian ice-cream were first exported to Paris and then on to the rest of the world: all thanks to a man few know about, but everyone should be thankful to.

«It’s hot, let’s have a gelato!»: we’ve all said it at least once. But if we can enjoy our favourite refreshing dessert we have to thank Francesco Procopio dei Coltelli, a Sicilian cook who opened the first café in Paris.

Fran­ce­sco Pro­co­pio Cutò. Born in either Acitrezza or Palermo in the mid-600’s, Fran­ce­sco Pro­co­pio Cutò (his original surname that he later transliterated into the French des Cuteaux) left Sicily for Paris early in his life, driven by his desire to create a business. He had inherited from his grandfather a machine capable of making sorbets, an ancestor of gelato of Arab origin, and soon decided to expand his production.

Le Café Pro­co­pe. With a great intuition, Procopio decided to export his delicious goods and soon arrived in Paris, where in 1686 opened “Café Procope”. The store still exists at the 13 of rue de l’Ancienne Comédie and now hosts a restaurant. It could had been the very first café opened in Paris or perhaps in Europe, even before Procopio’s take over. Thanks to its location right in front of the Co­mé­die-Fra­nçai­se, the establishment quickly became the favourite of many prominent personalities. Individuals like Vol­tai­re, Bal­zac, Hugo, Ro­be­spier­re, Di­de­rot, D’A­lem­bert, Na­po­leo­ne and Be­n­ja­min Franklin enjoyed Procopio’s specialties: it’s not unlikely that a few of the articles of the En­cy­clo­pé­die were written on Café Procope’s tables. 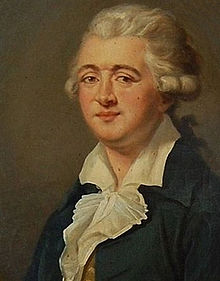 “A gelato-licence”. The reason for Café Procope’s success lies in its offer: gelato. By replacing honey with sugar and adding a pinch of salt to make the ice melt more slowly, Procopio greatly improved sorbets, while his grandfather’s machine did the rest. The restaurateur offered “frozen waters” (granite), lemon or orange gelato and strawberry sorbets: these refreshing delicacies allowed him not only to obtain French citizenship, but also to get a royal licence issued by the Sun King Louis XIV, making him the sole producer of the dessert.

From Ortigia a unique dish to taste Sicily: «We try to describe our town through food and wine»

by Giorgia Lodato
Join the Conversation